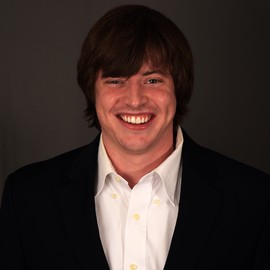 Patrick Carlin is a doctoral candidate in Public Affairs at the O’Neill School of Public and Environmental Affairs at Indiana University. Patrick has research interests in health policy, social policy, and policy analysis and will be available for interviews for the 2022-2023 job market.

I estimate the causal effects of self-governed local health care facilities on health outcomes in Alaskan Native and Native American communities. I use a staggered adoption difference in difference design based on the formation of tribal compacts under the Indian Self-Determination and Education Assistance Act (PL 638). The results suggest that, on average, self-governance leads to an increase in mortality rates. I also provide suggestive evidence that funding structure and administrative capacity are important mechanisms. For example, regions that receive relatively more funding experience decreases in mortality following implementation of PL 638, in contrast to the average effect. The results suggest that increasing tribal control of health resources alone is unlikely to address disparities in health and that other policy interventions are needed.

The effect of soda taxes beyond beverages in Philadelphia

Soda taxes are implemented in several cities across the US with the aim of reducing sugar intake from sugar sweetened beverages (SSBs). Sugar is linked to obesity and to higher risk of diabetes and cardiovascular conditions. Sodas are targeted with these taxes since they are the main source of sugar for consumers in the US. In presence of potential substitutes, the policy can be undermined by consumers changing their sources of sugar. We examine the heterogeneous effects of the 2017 Philadelphia soda tax on purchases of other items containing sugar.We present an empirical evaluation focusing on the potential substitution towards additional sugary foods in Philadelphia and counties bordering Philadelphia. We find an increase in sugar from purchases of sweetened foods of about 4.3% following the introduction of the tax in Philadelphia and of 3.7% in the neighboring localities. The substitution to sugary foods in Philadelphia offsets 19% of the decrease of sugar from SSBs. Additionally, we find that the substitution offsets 37% of the decrease of sugar from SSBs when including counties bordering Philadelphia. These results suggest that while SSB taxes might be effective at lowering consumption of SSBs, substitution patterns may limit the effectiveness of the tax to reduce overall sugar intake.

Effects of large gatherings on the COVID-19 epidemic: Evidence from professional and college sports

How Undervalued is the Covid-19 Vaccine? Evidence from Discrete Choice Experiments and VSL Benchmarks

Two discrete choice experiments conducted early in the Covid-19 vaccination campaign show that people dramatically undervalue the Covid-19 vaccine, relative to benchmarks implied by the value of a statistical life (VSL). Our first experiment found that median willingness to pay (WTP) for initial vaccination is around $50, only 2 percent of the WTP implied by standard VSL calculations. Our second experiment found the median person was willing to accept (WTA) about $200 to delay the second dose, only 32 percent of the WTA implied by standard VSL calculations. While standard economic models imply that vaccines are undervalued because of their large externalities, we interpret the finding that WTP estimates are well below the VSL benchmarks as evidence that internalities play a substantial role. This evidence that people undervalue even the private benefits of vaccination suggests that there may be a role for government beyond conventional efforts to correct externalities.

The Effects of Self-Governance: Evidence from PL 638 Compacts on Native American Health Outcomes

The 1975 Indian Self-Determination and Educational Assistance Act of 1975 (ISDEAA) aimed to expand self-determination opportunities for indigenous tribes in the United States. Specifically, under Title V tribes can compact with the federal government to receive funding to provide their own services. Beginning in the 1990s, tribal governments have successfully petitioned to compact for health resources. By 2020, ~47% of all tribal healthcare facilities were compacted, including ~36% of hospitals. I add to the literature by providing an empirical estimate of the effect of compacting on mortality outcomes using a stacked difference-in-differences approach and a national dataset. Further, I examine heterogeneity over time using an event study as well as additional heterogeneity by facility type. These results will shed light on the effectiveness of compacting to improve health outcomes and add to the tribal self-governance and local control literatures.

Back to Business and (Re)employing Workers? Labor Market Activity During State COVID-19 Reopenings

In the early phases of the COVID-19 epidemic labor markets exhibited considerable churn, which we relate to three primary findings. First, reopening policies generated asymmetrically large increases in reemployment of those out of work, compared to modest decreases in job loss among those employed. Second, most people who were reemployed appear to have returned to their previous employers, but the rate of reemployment decreases with time since job loss. Lastly, the groups that had the highest unemployment rates in April also tended to have the lowest reemployment rates, potentially making churn harmful to people and groups with more and/or longer job losses. Taken together, these estimates suggest that employment relationships are durable in the short run, but raise concerns that employment gains requiring new employment matches may not be as rapid and may be particularly slow for hard-hit groups including Hispanic and Black workers, youngest and oldest workers, and women.

SPEA V706: Statistics for Research in Public Affairs I (PhD)